Class Registration: An annual registration fee is required to enroll in classes.  This fee is $25 and is due one time per calendar year.  Registration and payment are required prior to class enrollment or private lessons.  Classes are not to begin until enrollment is completed. Payment may be made by check, cash or credit card.

Repeat students:  For your convenience, a lock-box is available for monthly payments.  An application form is not required after the initial enrollment.

New students:  An application and payment are required before each class begins.  If a student wishes to begin after a class has started, he/she must have the approval of the instructor.  A prorated fee will be acceptable only for the first month’s class.   Thereafter, full tuition fees are required prior to each month’s class.

Payment: The tuition may be paid by check, cash or credit card.

Scholarships: Scholarships are available for those wishing to apply for financial assistance.  Applications are accepted for ages 6 – 19.  Class cannot begin until the application is approved by the Committee.  The applicant will be notified of the Committee’s decision.

Attendance: If an Instructor is unable to meet a class or private lesson, he/she is required to make up the class or private lesson. If a student is absent from a class schedule, the Instructor is not obligated to make up the missed class.  In the event of holidays, inclement weather, etc. schedules are subject to change and students will be notified.

Refund Policy: If a class is cancelled due to low enrollment, a full refund will be given.  A full refund will be given if a student gives a 2-week cancellation notice before class starts.  Credit will be issued (for use in a future class) if cancellation is made within 1 – 13 days of class start date.  No refunds or credits are granted for withdrawals made on or after the first day of class

Introduction to Watercolor with Sarah Marlow

Make It and Take It Art Class with Chris Cruz 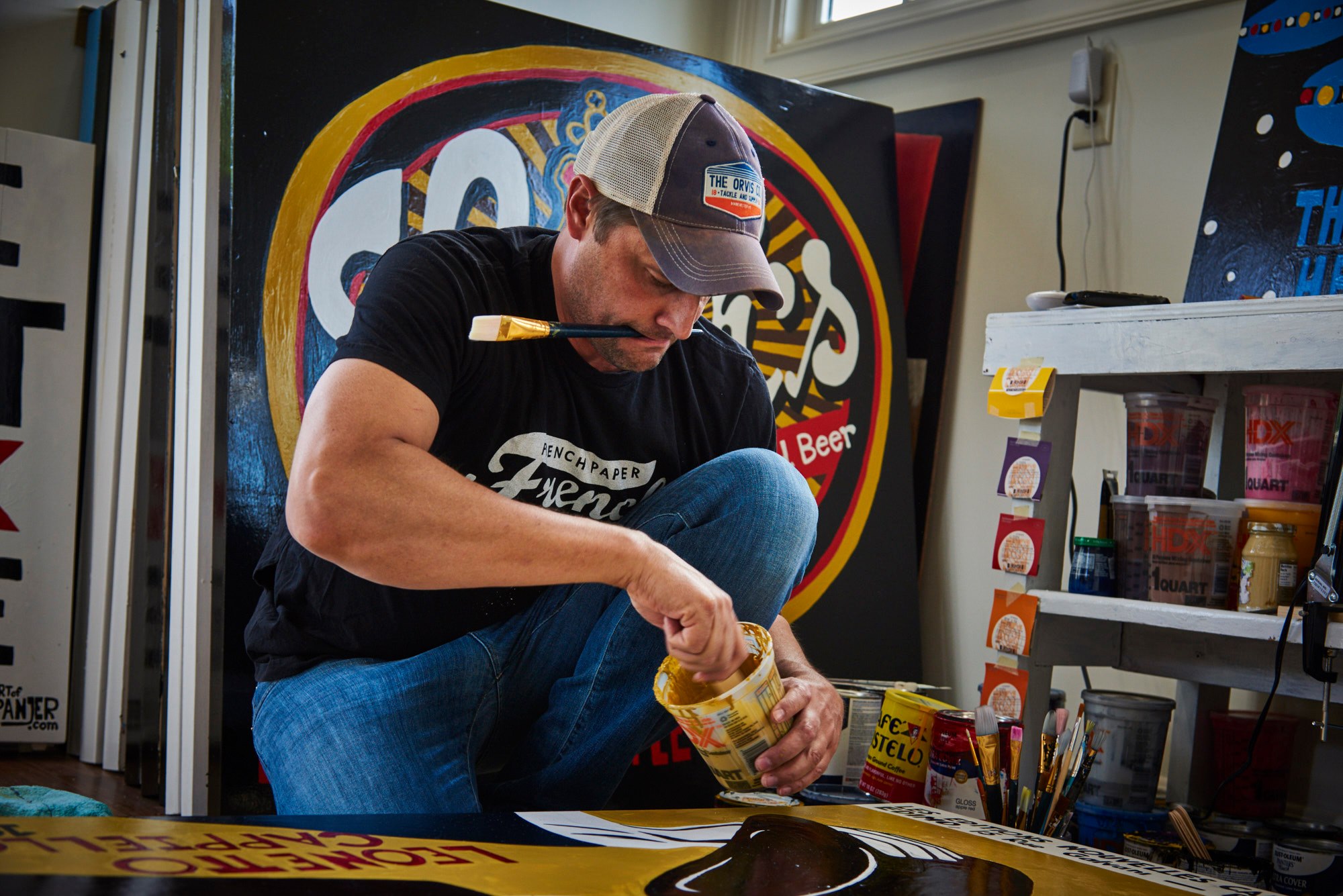 The Art of Tim Spanjer

Free and open to the public.

POPCLECTIC is a celebration of color and commercial theme interwoven with poetry, music and movies. This show is meant to take you back in time and to revisit some of the things you remember best about growing up. There is something for everyone at POPCLECTIC! It is truly Fine Art Done Boldly!

To learn more about Tim Spanjer, check out this article.

Tim Montana has tapped a new vein of Southern Rock. Sometimes best known for his collaborations with ZZ Top’s legendary Billy F. Gibbons with whom Montana has formed his longest and most prosperous relationship. The pair has written, recorded and performed together countless times, co-writing songs like “Weed and Whiskey,” “Rust and Red” and “Fifty Fifty.” In 2013, the hirsute rockers penned “This Beard Came Here to Party,” which became the theme song of the Boston Red Sox as they fought to a World Series championship, and later Music City’s NHL franchise the Nashville Predators. “Raised in the wilds near Butte, Montana, Tim Montana (yes, it’s his real name), entered the world as an off-the-grid thrill-seeker. He and his buddies would take to the nearby mountains to fish, hunt and raise hell as an escape from their rustic home lives — Montana grew up without electricity. Soon, however, he sought out a different high: the kind that only comes from performing live music. Eager to perfect the guitar playing he began when he was just 6 years old, he moved to Los Angeles to put his time in studying his craft. Eventually, he ended up in Nashville, where he formed his band the Shrednecks and established himself as a thrilling live performer. He’s a gregarious personality and struck up friendships with such diverse figures as Kid Rock and the Navy SEAL who led the raid to take down Osama bin Laden, Rob O’Neill. In Kid Rock, Montana found a kindred rebel spirit and began one of his most prolific creative periods, opening for the rap-rock icon and co-writing two charting singles for Rock’s Sweet Southern Sugar album: the Top 10 country hit “Tennessee Mountain Top” and the Number 16 rock anthem “Greatest Show on Earth.” “We have a lot in common,” he says of his relationship with Rock. “The way we write songs is very similar, our performance style is full throttle and we instantly hit it off.” Come see Tim and the band in the up close and personal in the SCAC Black Box Theater! Alabama singer-songwriter Cam Spinks will open the show! Cam was a top ten finalist on NBCs The Voice. Join us!